Africa, Atlanta, and the Aéropostale 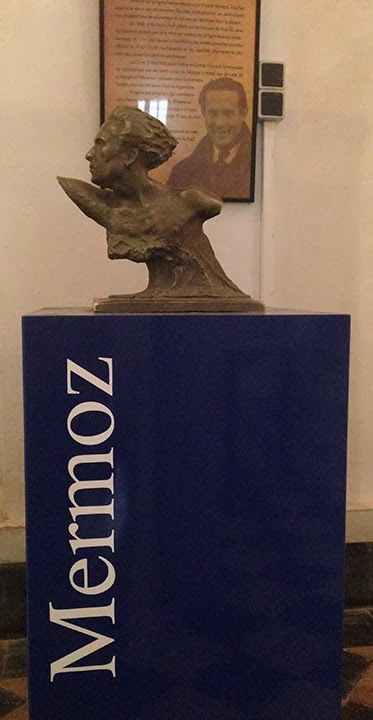 When I left Atlanta for Senegal on an Air France flight operated by Delta Air Lines, I thought that Aéropostale was just the name of a retail outlet.  Although the exploits of Jean Mermoz and other Aéropostale aviators rank with those of the Wright brothers or Charles Lindberg, I had never heard of these cockpit cowboys who pioneered an airborne equivalent of the Pony Express.

Mermoz was born in Aubenton, France in 1901.  He joined the army in 1920 where he demonstrated keen aptitude as a pilot despite his distaste for army discipline.  After his discharge, he struggled to find work before landing a position with George Latécoère’s airmail service in 1924.  Mermoz started as a mechanic but was soon promoted to pilot, braving the Pyrenees in Breuget XIV bi-planes that had been demobilized after WWI. 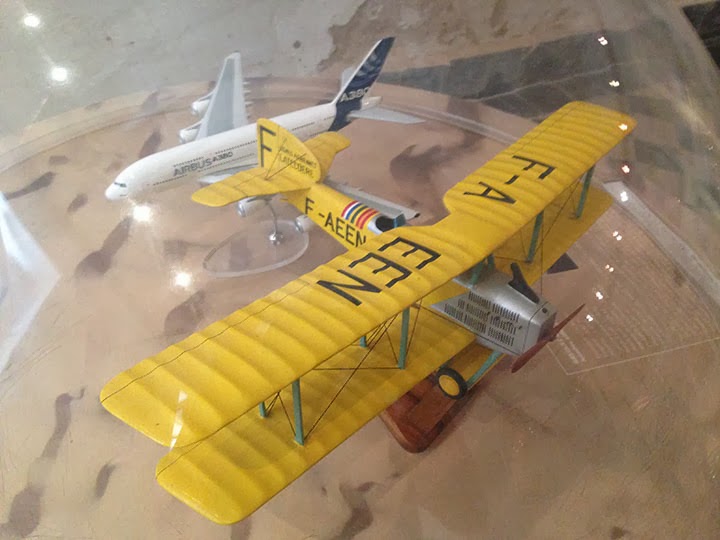 (Model of the Breuget XIV in the Jean Mermoz Museum, Saint Louis, Senegal)

With a frame of lightweight aluminum tubing, the Breuget XIV was fast, agile, and sturdy.  It had a maximum cruising speed of 150 kilometers per hour at altitudes up to 6,000 meters.  These features enabled it to perform well as a bomber.  Although Breuget XIVs equipped with radios and cameras gave good service during the war as reconnaissance planes, the models Mermoz and his colleagues flew as they pushed the airmail service from Barcelona to Casablanca and then on to Dakar lacked most navigational instruments considered standard today.  The open cockpits further subjected pilots to temperature extremes during flights that stretched the Breuget’s range of 900 kilometers to the limit. 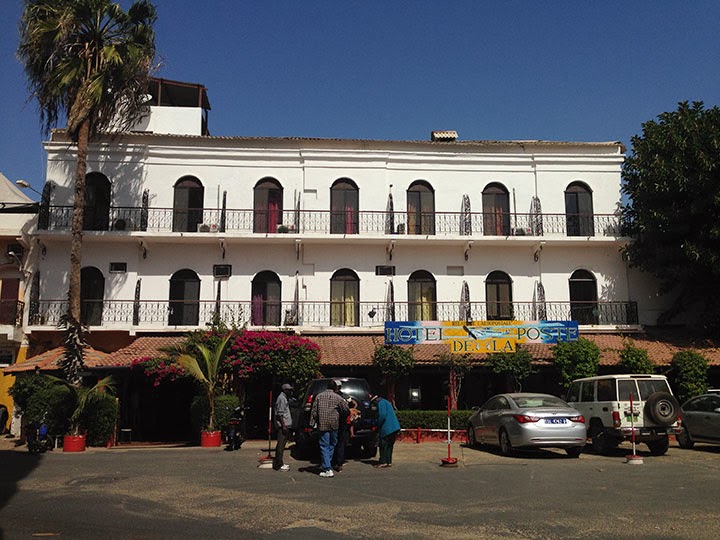 (Jean Mermoz and his fellow pilots stayed at the Hotel de la Poste during layovers in Saint Louis, Senegal.  He spent the last night of his life in room 19.)

Mermoz, who once quipped that dying in bed would be an accident, cut a colorful figure in the towns along the Toulouse – Saint Louis route.  In 1926, he crashed in the Mauritanian desert and was captured and held for ransom by nomadic tribesmen.   The following year while testing routes over the Andes, he improvised a take off after a forced landing in the mountains by deftly steering his plane like a bobsled as it coasted down three descending peaks until it gained enough speed to remain airborne.  Then in 1930, only three years after Charles Lindbergh’s historic transatlantic flight from New York to Paris, Mermoz extended the “spirit of Saint Louis” in a 21-hour flight linking Saint-Louis, Senegal and Natal, Brazil. 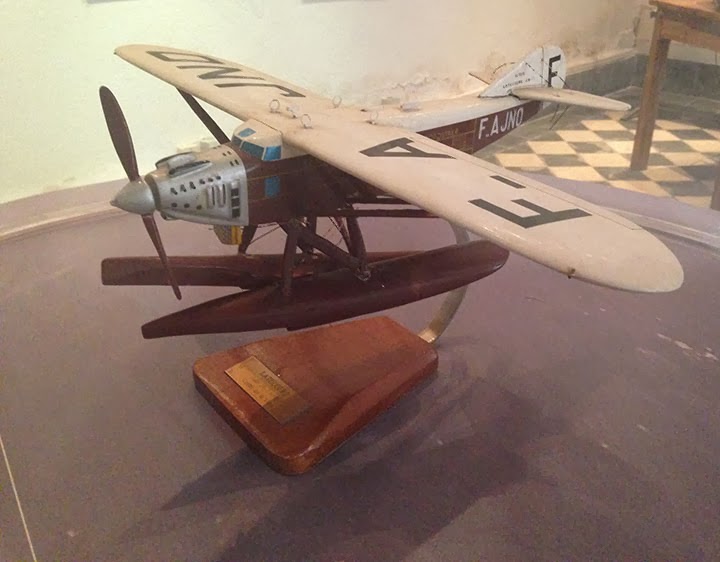 (Model of the Latécoère 28 in the Jean Mermoz Museum, Saint Louis, Senegal)

Mermoz made this flight in a Latécoère 28-3 seaplane christened Comte de la Vaulx.  The plane’s 12 cylinder Hispano-Suiza engine gave it a maximum cruising speed of 222 kilometers per hour and a range of 4,685 km – more than four times the distance the Breuget XIVs could travel.  Where transatlantic mail service had once required several weeks for delivery by steam ships, Aéropostale pilots flying Laté 28 craft were able to cut delivery times to four days. 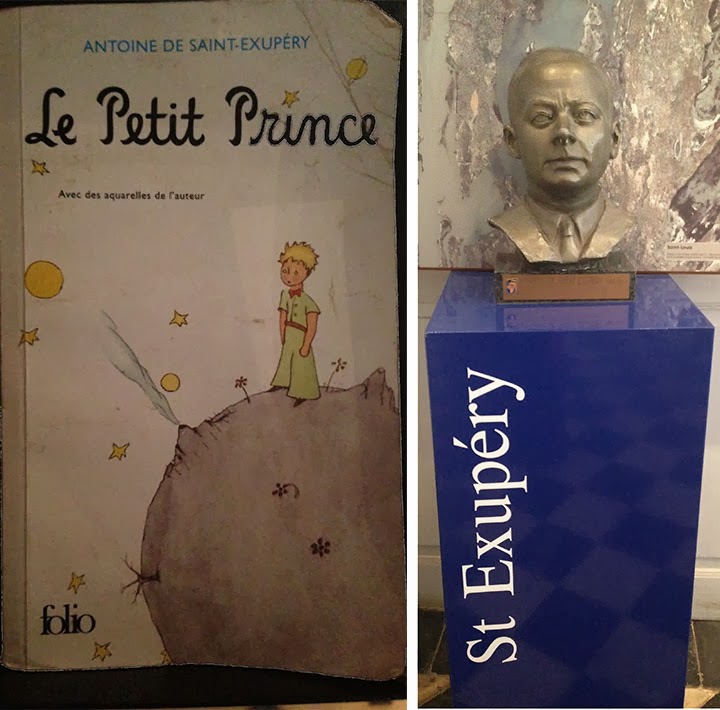 While Georges Latécoère had sold 93% of his company in 1927, his dream of connecting Europe, Africa, and Latin America with airmail routes had finally come true.  Marcelle Bouilloux-Lafont, the Brazillian-based French businessman who bought controlling interest in the Lignes Aériennes Latécoère renamed the venture la Compagnie Général Aéropostale but retained Latécoère’s planes and the celebrated pilots like Mermoz and his friend, Antoine de Saint Exupéry who were instrumental in establishing commercial air routes in Argentina, Brazil, and Chile. 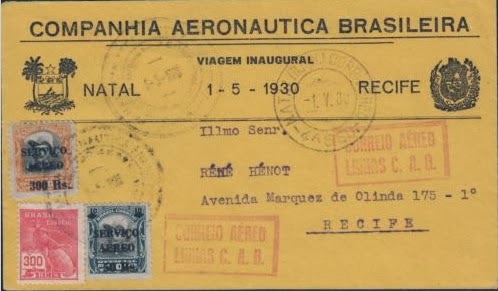 Commercial aviation was a growth industry during this period so Latécoère faced stiff competition when negotiating air routes and mail contracts with various governments.  Similar to the experience of fledgling airlines like Delta in the U.S., airmail contracts made it possible for carriers to offer regular passenger service.  Builloux-Lafont therefore had a hand in founding several airlines that became ancestors of contemporary passenger airlines, among them la Companhia Aeronautica Brasilieira, Aeroposta Argentina, Aeroposta Uruguya, and Aeroposta Venezolana.

After the stock market crash of 1929, however, the French Ministre de l’Air declined to honor agreements with Bouilloux-Lafont renewing his exclusive airmail concession and line of credit.  Unable to find a partner willing to infuse more capital into the business, Bouilloux-Lafont filed for bankruptcy in 1931.  In 1933 the Ministre de L’Air combined several airlines into Air France, which then bought the Aéropostale’s remaining assets. 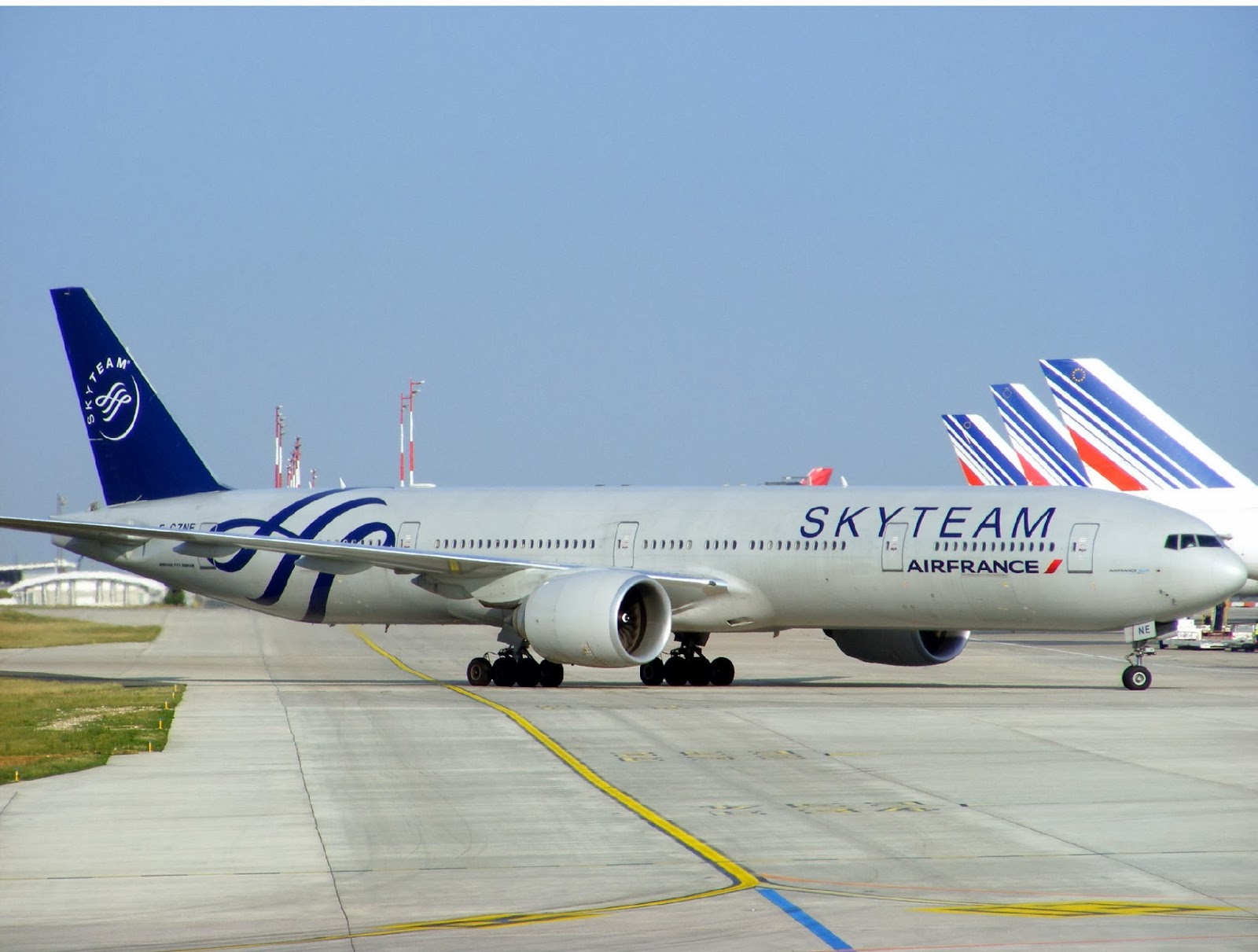 I was born on Wright-Patterson Air Force base in Dayton, OH so on return trips to my hometown I have visited the National Air Force Museum, the Wright Brothers’ National Memorial, and the John W. Berry Sr. Wright Brothers Aviation Center in the Carillon Historical Park.  The exhibits in these venues focus primarily on U.S. aviation history and downplay the contributions of French aviators like Jean Mermoz whose plane disappeared 800 km off the coast of Africa in 1936.  Now I know that the sacrifices of pilots like Mermoz charted the way for me to land safely on the mother continent. 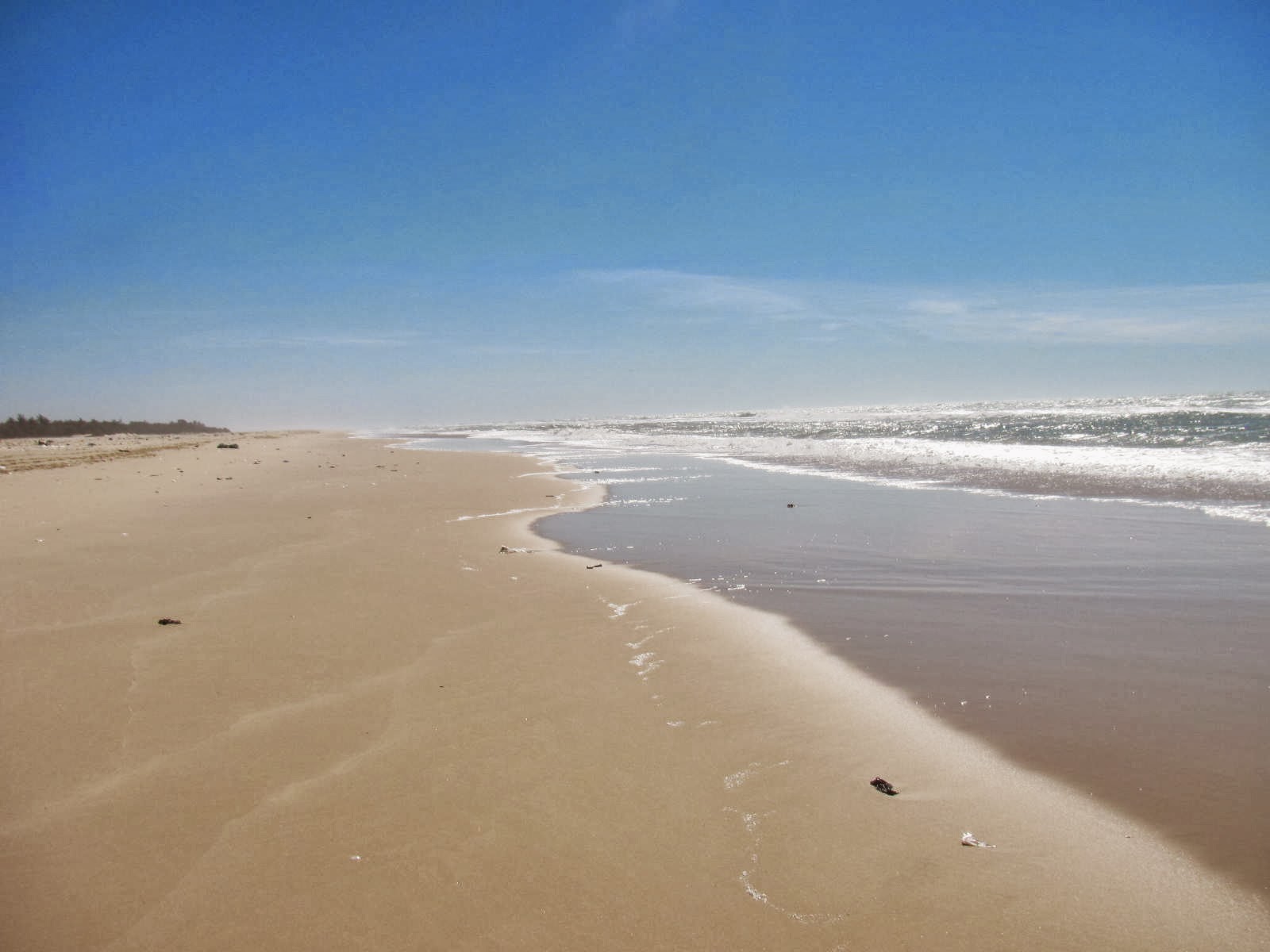 (Aéropostale pilots took off and landed their seaplanes along this stretch of beach outside Saint Louis, Senegal, thus it is known as the Hydrobase.  Photo by Erin Saint Peter)
Posted by limbe dolls at 2:15 AM